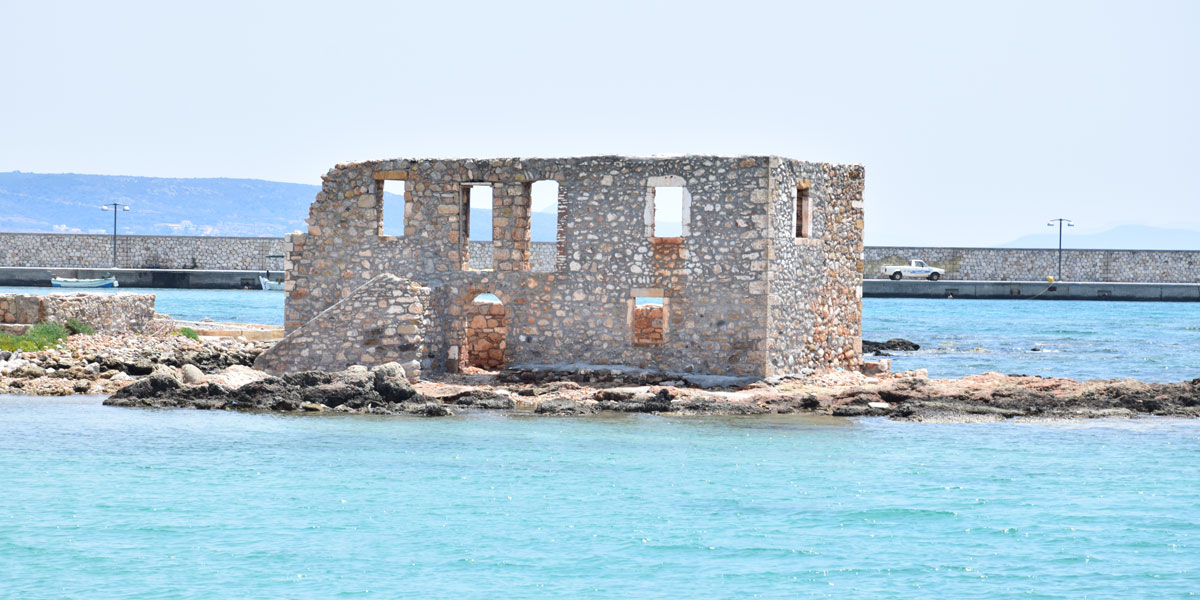 Plytra belongs to the Municipality of Asopos, located in the Municipality of Monemvasia, Laconia. It is a tourist, coastal village with a picturesque beach and a harbor for yachts. Karavostasi settlement, that preserves traditional architecture, is located in close proximity. In Plytra, you will find crystal creal beaches (Pachia Ammos, Artanis, Kokkines, Ammoulis) with blue waters, ideal for swimming and fishing. Pachia Ammos in particular, receives a blue flag award for its crystal clear waters every year. There is a central harbor which can host not only the locals’ fishing boats but also tourists’ yachts.
Every summer there are various events , concerts with famous people and local music groups, along with painting exhibitions, beach parties etc. which are organised by entities and the municipality of Monemvasia.
You can go hiking, walking, biking (there is a club where bike lovers can lend bicycles called “Podilatoparea”), jogging, sailing, fishing, mountain climbing, agri-tourism, organised by the entities and the municipality of Monemvasia. Opposite Plytra and before Xili Bay, there is a settlement called Karavostasi, known for its traditional houses made of stone.
In Xili Bay (27 April 1941) a torpedo boat was sank by the German airplanes during the second world war. It can be found at a depth of 9 to 12 m. in Plytra, and the wider region of the Municipality of Monemvasia, the climatic conditions are of the best in Greece.
The Greek traveler Pausanias , famous for his “Description of Greece”, while browsing in the area of the current municipality of Monemvasia, refers to sites and monuments, signs of which today's visitor can recognize even today, about after 1,900 years .His reports to sites of the area of the Municipality of Monemvasia testify to the long history of the place and cause the modern traveler to follow his footsteps, experiencing a unique travel experience. A deserted and ruined building in the small port of the settlement catches the attention of every visitor.
This is the first house built in Plytra from the Venetsanaki family, long before 1870, which can also be confirmed by the characteristic architecture of the house. It is noteworthy however, according to oral, local tradition, the house once hosted Theodoros Kolokotronis, as the two families had a close friendship.
The archaeological site of the city of Ancient Asopos, next to the port presents special interest, as most of it is submerged in the sea, because of a strong earthquake in the late 4th century, which was the cause of the sunk of the city. In fact, in the beach Kokkines, the swimmer can see the ruins of the sunken city. It is very impressive for the visitor to explore sunken ruins, when swimming only a few metres away from the shore. At that particular site, diving is permitted , just with the use of a simple diving mask and snorkel. 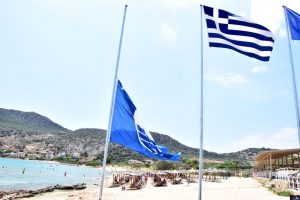 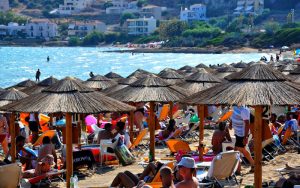 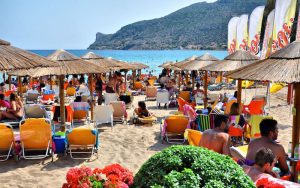 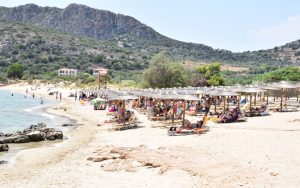 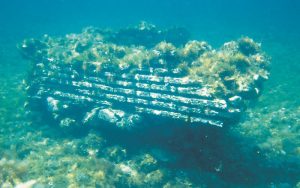