Monemvasia, Monemvasea, Monemvassia or Monovassia, also known to the Francs as Malvasia , will enchant visitors with its building surviving time, the small byzantine churches and the numerous historic monuments that cover a time line from the pre-historic era and the classical antiquity until the byzantine and modern years. It is known, mostly from the medieval fortress, located on the “Monemvasia Rock” which literally constitutes a small island, which is linked to the Laconian coast across, with a 400 m. neck-shaped bridge. Monemvasia is also called “Gibraltar of the East”, as it looks very similar, but smaller in size, to the Rock of Gibraltar. Entering the city, the main road to the Byzantine path leads to the central square with the old cannon and the Church of the Christ in Chains ( Christos Elkomenos). The poet Yannis Ritsos was born in Monemvasia and today his grave lies there too. 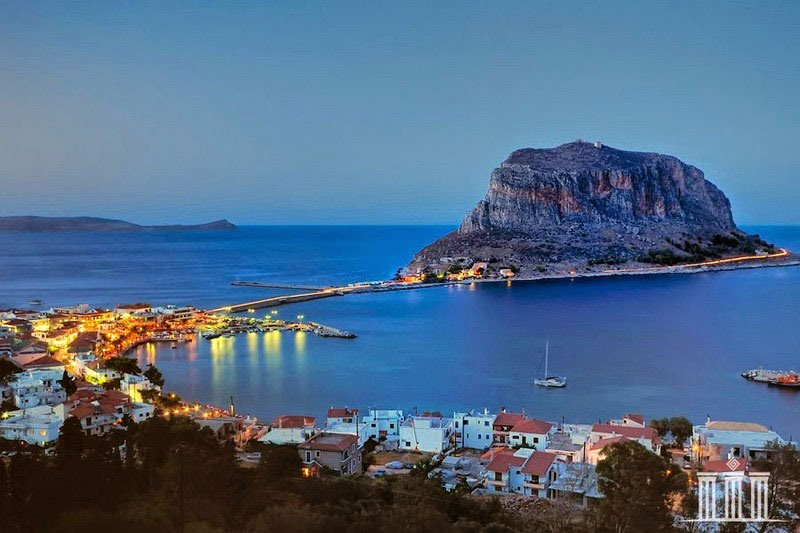 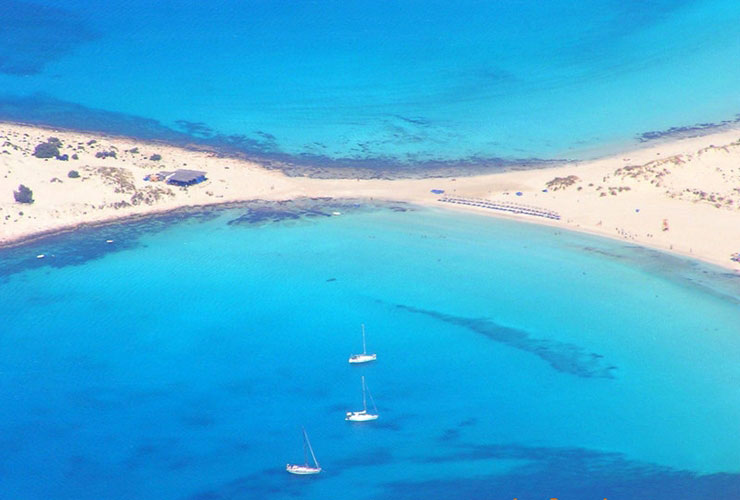 Elafonissos is located in the southeast side of the Peloponnese. It is famous for its magnificent beaches as it has plenty of exotic sandy beaches, which are an attraction pole for the visitors of Laconia.
Among them, one can find the well-known beach of Simos, a long shore situated in the south part of the island, which has a magnificent view of the island of Kythera.
The turquoise colour of the water and the vast golden sandy beach are characteristics of Simos.
It is considered one of the best beaches in Greece.

Kastania cave (also known as Aghios Andreas Cave) is situated in the east end of Parnonas, in a landscape full of trees, with high tops and gorges, which extends until the cave of Maleas. It is one of the most beautifully preserved caves and is in total harmony with its natural environment. Its close proximity to Neapolis and the area that surrounds the cave , will provide visitors with unforgettable images. The distance of the cave is 1.500 sq. m and it is divided in two sections. It takes 500m. for a visitor to walk along the cave. Its rich density and variety of shapes and colours classifies the cave as second in its kind in Europe. 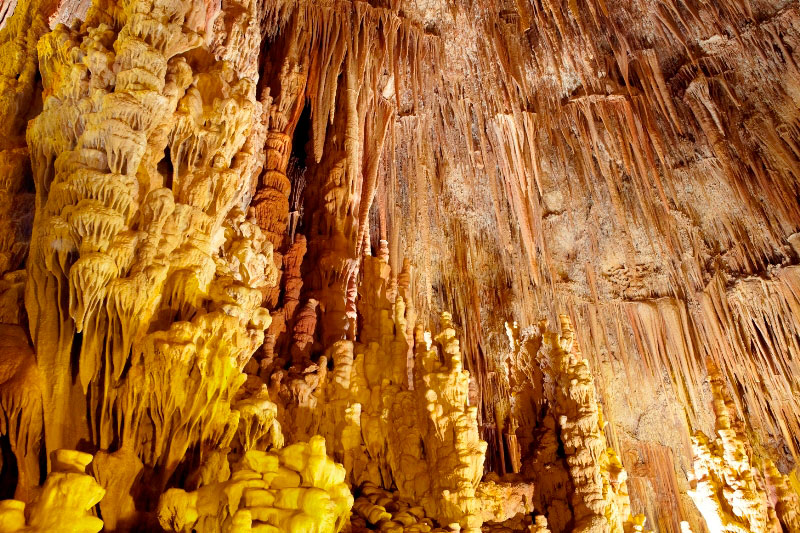 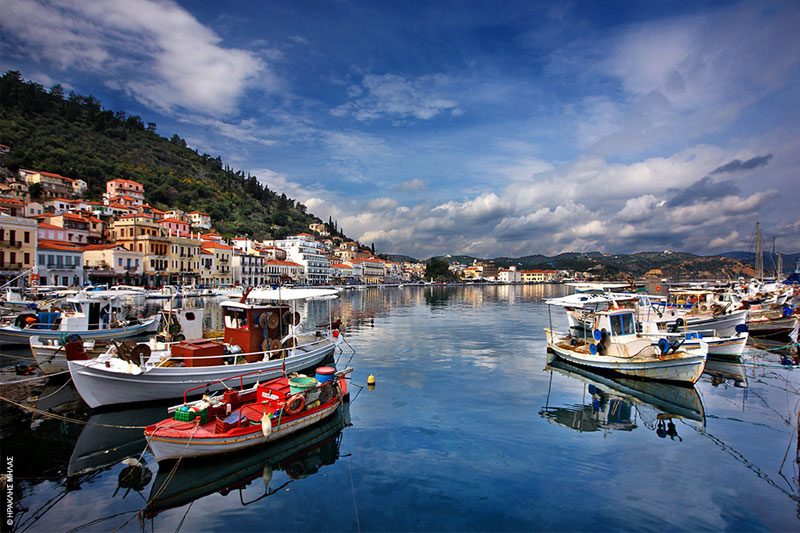 Gytheio is a very beautiful town in Laconia , situated close to the mouth of Evrotas river and it is the main port of the Laconic Gulf. There are neoclassical houses which climb up the side of Akoumaros mountain in the shape of an amphitheater and there are also narrow, uphill alleys with stairs.
A charming touch to the magnificent landscape of Gytheio is added by the small island of “Kranai”, with its imposing lighthouse, a small pineforest and Tzanetakis tower in the south side of the town, which is nowadays linked to the shore.
According to mythology, this is where the love of the beautiful Helen and Paris found a shelter before embarking to Troy, after their escape from Sparta.
All these things , compose the beauty and the charm of the modern town of Gytheio, where visitors can enjoy a lifestyle of a modern but at the same time romantic, provincial town.

The narrow alleys with the high towers, the elaborate mansions of great men which surround Areopoli compose a charming, traditional settlement.
Areopoli, which according to tradition got its name from the God of war , Aris, ( Aris+ polis= city of Aris)is built in the centre of the peninsula of Mani and has a view to the Messinian bay from the west side.
The architectural structure of the houses impresses every visitor. Stone is the base ingredient. All the houses are made from stone, and they are vertically built, with very small windows, in order to ensure early detection of the enemy.
The natural landscape surrounding Areopoli is impressive.
Pointed rocks create a wild and distant landscape.
Areopoli is a departure point from where visitors can set off so as to discover Mani. 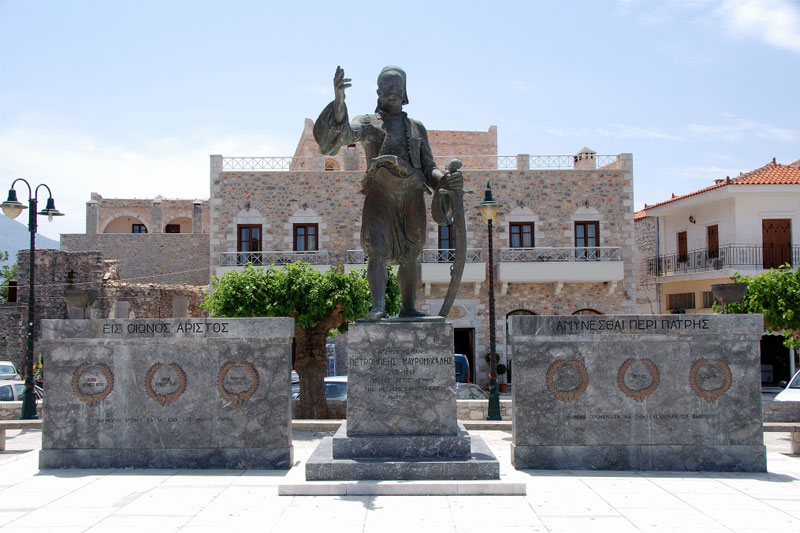 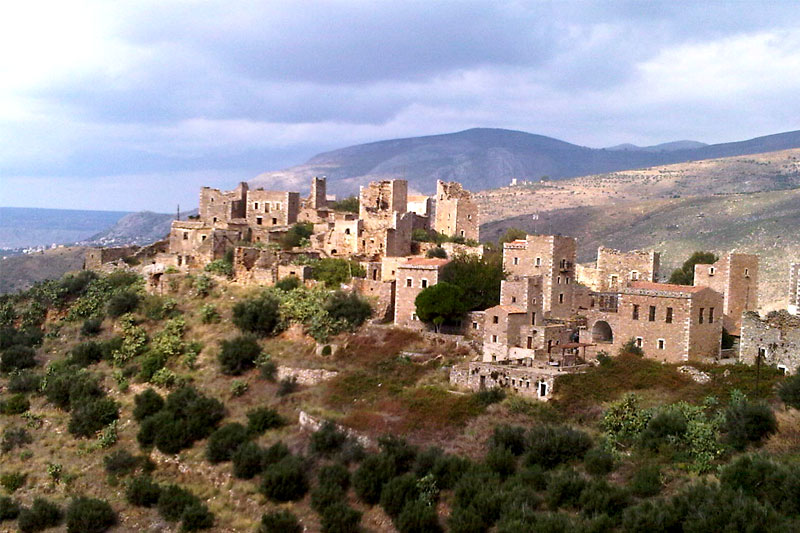 Diros Tower is a famous tourist destination thanks to its natural beauty. Visitors can find one of the most beautiful caves there, which can be visited and admired by boats. Also, they can enjoy the beautiful beaches and the view from the towers. One of the most, if not the most, beautiful lake-cave in the world, the Diros cave consists of stalactites and stalagmites, unfolding a unique setting hidden inside the Earth.
Within 90 minutes’ drive

Arid, harsh, rocky, windswept, particular, are some of the thousands of striking descriptions that accompany this unique place where every corner is a unique experience, Mani. It is one of the most beautiful and favourite areas of Greece, with the rugged landscape and its imposing towers. The route to Mani passes through ancient areas considered the cradle of European civilization.
Within 110 minutes’ drive

Sparta has a tremendous historical heritage and is the choice of many visitors . The British newspaper “the Guardian” , in a recent publication regarding the “10 of the best city breaks in 2013” ranked Sparta in the second position of the top 10 destinations worldwide.
Within 60 minutes’ drive

Mystras was a Byzantine town of the Peloponnese.
The whole municipality is an open museum for all seasons, while simultaneously an excellent area for recreation and entertainment.
The combination of the natural environment, the lush hills, the distinctive and natural beauty with different monuments of various historical periods, will render your visit unforgettable, As you cross the cobbled narrow streets, memories of another era will come to your mind.
Within 70 minutes’ drive 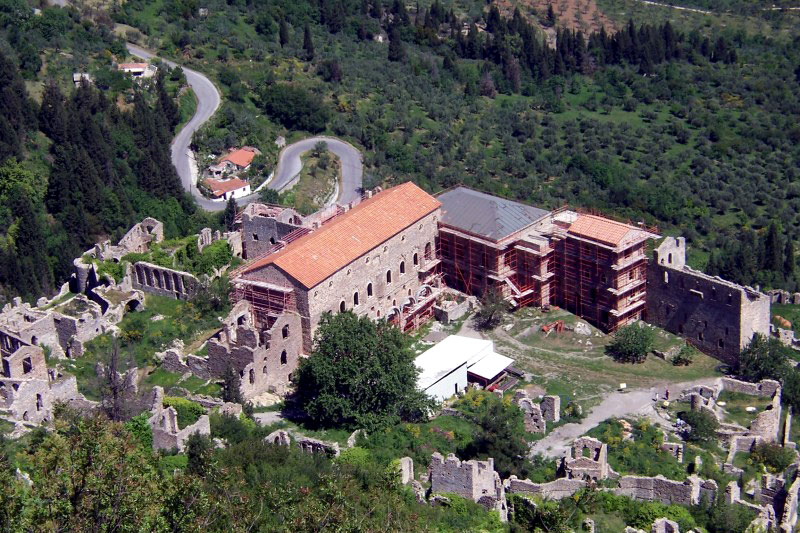